Skip to content
Female Winemakers In the Finger Lakes

The rise of the next-generation winemakers

“We are seeing a lot more women, and I think it’s industry-wide,” Bell said. “But the ration of individuals coming to me with interest or for work is five-to-one, women to men. Pick a typical individual in their mid-20s who’s on fire with wine, and it’s a female.”

Bell thinks this portends healthy things for the industry. “Absolutely it does,” he said. “When I was getting my training, there were women in the wine business, but they were often shoved to the side. It was assumed that they didn’t want to do the physical tasks. They were given lab work, etc. That’s long gone now. I have women working for me who are a whole lot stronger than I am.”

Does Bell see strengths in women that he doesn’t find in men? “It’s an over-simplification to say that women make better tasters, but it’s an interesting conversation to have. You would never dream of saying they aren’t at the very least equal to the task, if not more so.”

Bell’s experience does not translate perfectly at Finger Lakes Community College, where Paul Brock teaches Viticulture and Wine Technology. Of the 58 current advisees listed in his program, 21 are women. That’s 36 percent.

But imagine if the Finger Lakes wine industry was comprised of even 36 percent female winemakers. The current total is something less than 5 percent. Nancy Irelan, Lindsay Stevens and Marti Macinski, for example, remain in a small minority. 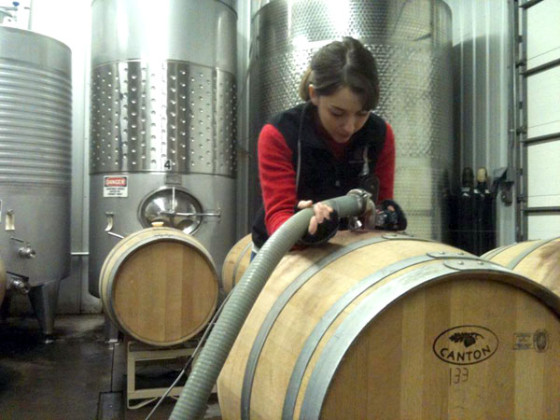