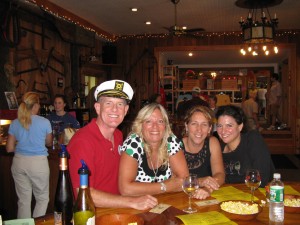 The captain recently chaperoned a carload of thirsty girls from Lakeland Winery to the Finger Lake Region of Seneca Lake for a day of fun and laughter. We visited eight different wineries and mostly enjoyed drinking their award winning wines. The most fun was at the party house of Hazlet Winery, followed closely by the hilarious stories told by the owners of Silver Springs Winery. Leidenfrost Vineyards had the least favorite wines. The most showy building award goes to Ventosa Winery (the wines were so-so). We had so much fun goofing around that I have decided to take another trip down the other side (West) of Seneca Lake next month. For more photos of our break from reality, visit http://wine.meetup.com/405/