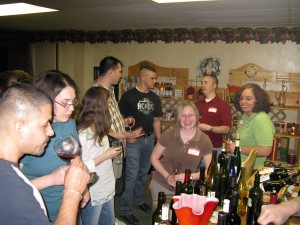 This came from the most recent Uncork New York publication. Thought you should know…hopefully Lakeland Winery’s wines will be able to compete in the future. Always keep in mind, even if it’s “Best of Show” doesn’t mean you need to like them. It just means every single judge felt it deserved a gold medal, and more. And never feel ashamed you can’t taste the difference between what you like and what other so called experts like, because your preference is personal. That’s one thing I’ve learned: You may love it but the person standing next to you will make a face that sends a different message! Please be patient, your appreciation of different wines will change as you explore a larger variety of wines.